Adieu and Thank You Francis Gardner.

Francis, you’ll have to read the Supreme Court of Canada ruling in Ernst vs AER by the light of a star.

Third-generation rancher Francis Gardner had a ‘love of the land’ by Colette Derworiz, June 30, 2016, Calgary Herald Francis Gardner, a third-generation ‘gentleman’ rancher along the Eastern Slopes of the Rockies in southern Alberta, is being remembered for his sharp wit, his dedication to community and his environmental stewardship on the range.

Gardner, who ran Mt. Sentinel Ranch, was well known across Alberta for his work in conserving native grasslands and ranching heritage.

“He was a man who lived his life as he chose,” said his wife, Bonnie Gardner, who married Francis in 1971 and had three children with him. “He made a difference in people’s lives.

“He had a love of the land … and he was very definite in his belief system.” Gardner was born in High River on May 9, 1942. He was raised at Mt. Sentinel Ranch, located near Chain Lakes, and received much of his early schooling at home.

Gordon Cartwright, who owns the nearby D Ranch, said he first met Francis as a child.

“We’ve been lifelong neighbours,” he said, noting the family friendship has stretched over 115 years and is now in its fourth and fifth generations. “It goes back to my grandfather’s time and an association as a family.”

Cartwright said he got to know Francis well as their paths crossed in the ranching world.

“He had a great sense of humour,” he recalled. “He was well read and very curious — one of those people who is a lifelong learner.”

Gardner moved to Victoria, B.C., to finish Grade 12, attended Olds College and then the University of Alberta, where he received a Bachelor of Agriculture.

Cartwright said he had a good understanding about the importance of agriculture.

“He has also maintained a real awareness of the difference involved in managing ranches as an ecological landscape,” he said, noting he placed a real value on the land. “It used to irritate him that people in agriculture would refer to improved lands as cultivated lands.

“Francis often remarked where he could that these native lands were not improvable.”

“Francis lived it and he garnered some recognition for environmental stewardship,” he said, noting he won a series of awards for his work.

It included the Alberta Cattle Commission Environmental Stewardship Award in 1992, the World Wildlife Fund Prairie Conservation Award in 1995, and the Farm Family of the Year from the Municipality of Ranchlands in 1997.

Barry Adams, who recently retired as a rangeland manager for Alberta Environment and Parks, said Gardner was one of the first people he got to know in 1984 when he was hired.

“I first became aware of him as a reader and a thinker,” he said. “Francis was always thinking about the future, especially the condition of the natural world and the condition of the environment because he grew up right on the edge of what’s really that working wilderness.”

Adams said Gardner became a valuable resource to speak to urban audiences about the value of the rangelands.

“He could explain to them what ranching was all about,” he said, noting he was also “ahead of his time” in a lot of issues now at the forefront of environmental protection.

“He was the first guy that I heard talk in an impassioned way about the protection of Alberta’s fescue grassland,” he said. “He was very conscious about the emerging thinking about climate change and he understood that grasslands were really important in that, because they store a lot of carbon. Gardner was heavily involved in many ranching and conservation groups, including the Pekisko Group, a group of families who fought to protect the Eastern Slopes of the Rockies from oil, gas and acreage development.

Mac Blades, president of the Pekisko Group who’s a longtime neighbour and friend, said he was an integral part of the group.

“We’ve been working on a lot of stuff, including the Pekisko Heritage Rangeland,” he said. “We’re still working on that so that’s going to be a loss for that project.”

Gardner was also a founding member of the Southern Alberta Land Trust Society, which works to protect land.

“I don’t know that SALTS or the work we’ve done would have been possible without his passion and vision for it,” said Justin Thompson, executive director with the society. “He was really instrumental in pulling the original group together and keeping the organization going.”

“He just really embraced everything he decided to do,” said Bonnie Gardner.

He leaves behind his wife, their three children — Marshall, Ian and Sarah — and three grandchildren. His daughter, Sarah, has taken over the ranch after completing an agricultural business degree.

Gardner said her husband often talked about the importance of retaining the large ranches along the Eastern Slopes.

The family will hold a celebration of his life at 2 p.m. on Thursday, July 7 at the Highwood Memorial Centre, 128 5th Avenue S.W. in High River.

Clare Tannas
The fescue grasslands have lost a great advocate.

Caroline Soles · Enjoying life at Retired
I got to know Francis through The Bomber Command Museum of Canada in Nanton.

He always had a smile on his face, and a joke to tell. I will miss him.

We will be having a special engine run on July 9th in his memory. In the afternoon, the Number 1 engine will be left running on its own at the end of the run (much like a missing man formation).

If you are able to join us, it would be a lovely tribute to his work with the Lancaster Engine Crew and the Museum as a whole.

Thomas R Towers
A good man who saw years ago what some are just now seeing. A man of vision. Our country has lost a great rancher, community builder, and environmentalist who understood what sustainability meant before it was a buzz word. He left some big boots to fill.

Grace Kelly · Woburn Collegiate Institute
A very touching article about a very wonderful man — AND family going back so many years, I am touched!— Grace Kelly

On Sunday, June 26, 2016, Mr. Francis Gardner of Chain Lakes, Alberta passed away suddenly, but peacefully at the age of 74 years. Francis will be missed by his wife Bonnie and their children: Ian, Marshall (Jennifer), and Sarah (Harley). He was blessed with grandchildren: Emmett, Jacob and Liam, as well as numerous other relatives and many friends.

Francis. May you rest in a place where tall grass grows and water runs cool and clean, just like your legacy. Hats off to Francis Gardner. 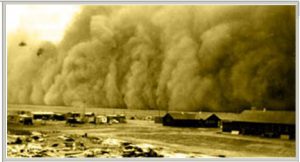 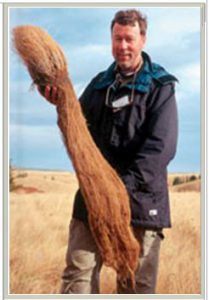