Government announces ban on fracking in Sacred Headwaters by Jimmy Thomson, December 18, 2012, The Tyee.ca
The B.C. government announced Tuesday that an agreement had been reached to ban fracking in the Sacred Headwaters. The ban will take effect on the day that a four-year moratorium on all activity related to coalbed methane extraction was set to expire. Shell Canada has relinquished its tenure on the area, after a prolonged battle that dates back nearly a decade. In 2004, Shell was first granted the rights to the land, which is estimated to contain some 8.1 trillion cubic feet (230 km3) of methane gas, in the northern B.C. Tahltan First Nation territory. In 2005, nine Tahltan elders were arrested while blockading the road. Since then, several environmental groups have joined in the fight to protect the area, and in recent weeks there has been growing anxiety about the expiry of the moratorium. Talks have been under way, but no details were released until Tuesday.

“The government of British Columbia would like to thank the Tahltan Central Council and Shell for their commitment to positive communications during the last few years,” said Energy Minister Rich Coleman in a press release issued jointly by the government, Shell, and the Tahltan Central Council. “Together, we have put agreements in place that respect the interest of all three major parties and have tangible benefits for British Columbians.” In exchange for giving up on the project, in which Shell has already spent money preparing for gas extraction, the company received $20-million in royalty credits to build a water recycling project. Royalty credits are deductions against future royalties owed to the provincial government, not upfront cash. “Good water management is central to sustainable operations,” said Lorraine Mitchelmore, president of Shell Canada, in the same press release. “We now focus on growth opportunities with better commercial and geological prospects in Northeast British Columbia.”
…
While this project has been cancelled, the province has yet to issue a permanent ban on oil and gas development in the Sacred Headwaters (also known as the Klappan Valley). “Our people do not want to see it developed,” said Anita McPhee, president of the Tahltan Tribal Council in the joint press release, “and we look forward to working with B.C. on achieving permanent protection of the Klappan.” [Emphasis added]

B.C. bans oil and gas exploration in northern aboriginal territory by The Canadian Press, December 18, 2012, Calgary Herald
The province has announced a deal with Shell Canada and the Tahltan Central Council under which Shell is withdrawing plans to explore for natural gas in a region known as the Klappan at the confluence of the Stikine, Nass and Skeena Rivers. In 2005, some members of the Tahltan were arrested during protests against exploration in the area, which the First Nation calls the Sacred Headwaters. …Shell will build a new water recycling project to support its gas development elsewhere in B.C., which will be funded by $20 million in royalty credits from the provincial government. Tahltan Central Council President Annita McPhee says the Klappan is one of the most sacred and important areas for her people and she acknowledges Shell for its decision to give up its development plans. She says the Tahltan are looking forward to working with the B.C. government on permanently protecting the Klappan. 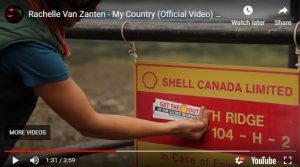 B.C.’s Sacred Headwaters to remain protected from drilling by Mark Hume, December 18, 2012, The Globe and Mail
It is understood Shell Canada agreed to give up its rights to shale gas in the Sacred Headwaters, in part because it has better prospects in northeastern B.C., which the company will now focus on developing. In a related agreement, the B.C. government will issue Shell $20-million in royalty credits, in recognition of the upfront capital costs and rental payments made by the company on its lost tenures. The royalty credits are to be used by Shell to help build a new water recycling project, which will support its gas developments elsewhere in the province. Gas exploration has been booming in northern B.C., amid growing concerns about fracking, a technique that injects a chemical-laced slurry deep underground to fracture rock formations. The fear has been that shale-gas development could lead to the pollution of three of B.C.’s most productive salmon rivers, as well as damaging an iconic wilderness region that in recent years has been the focus of books, films and travelling nature photography exhibits. In 2009, a documentary by Andrew Eddy, Awakening the Skeena, chronicled Ali Howard’s journey as she swam the 600-kilometre length of the Skeena to raise awareness to the threats. And, last year, the wilderness area was celebrated in The Sacred Headwaters, a coffee-table book written by Wade Davis. The oil and gas ban – which was agreed to in long discussions between the provincial government, Shell Canada and the Tahltan Central Council – heads off a confrontation over environmental issues and native rights that threatened to explode on the international stage, had drilling resumed in the area 400 kilometres north of Smithers. By some estimates, shale-gas development in the Sacred Headwaters could have led to the drilling of 4,000 wells and the building of 3,000 kilometres of roads. None of that activity will now take place. But The Globe has learned that the government hasn’t finished yet with plans to protect the Sacred Headwaters, and that the oil and gas ban may be followed by some restrictions on mining activity as well. [Emphasis added] 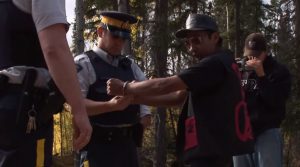 [Refer also to: Shell buys control of public water in BC for fracing, permanently removing the water from the hydrogeological cycle

Support to the identification of potential risks for the environment and human health arising from hydrocarbons operations involving hydraulic fracturing in Europe Page 49:

“A proportion (25% to 100%) of the water used in hydraulic fracturing is not recovered, and consequently this water is lost permanently to re-use, which differs from some other water uses in which water can be recovered and processed for re-use”  [Emphasis added] 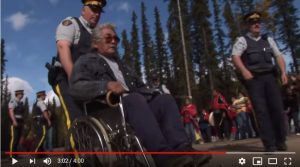 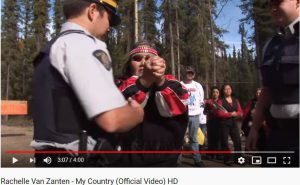 Mark Hume: Say no to fracking in the Sacred Headwaters by Mark Hume, December 16, 2012, The Globe and Mail
Four years after the British Columbia government surprisingly announced a temporary ban on coal bed methane development in the Sacred Headwaters, the stage is set for a dramatic reprise. On Tuesday the moratorium that has kept Shell Canada from drilling in the 4,000-hectare tenure expires. Which way will the B.C. government go? Given the financial debt the province is carrying, any new oil and gas activity would be welcomed. And Shell is hardly the kind of player you want to risk alienating in these troubled economic times. For purely economic reasons then, lifting the moratorium would make a lot of sense. But fracking, the fracturing of rock deep underground to release gas deposits, remains highly controversial, and there is growing concern about the practice in B.C. 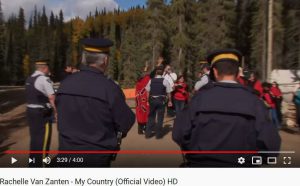 First nations in particular are alarmed by all the activity taking place in the north, with exploration roads and pipelines crossing the habitat of endangered caribou, and companies applying for licences that would let them draw off billions of litres of water. Allowing a gas company to go into the Sacred Headwaters, a region that gets its name because three great salmon rivers are born there, would in effect be a declaration by the government that all of B.C. is open to fracking. It would be an anywhere, any-time, bring-it-on kind of deal. That would trigger an outcry by first nations and environmental groups, including those with international connections. And it would mean a messy confrontation for the B.C. government in the six months leading up to the next election. As she heads to the polls next year, does B.C. Premier Christy Clark really want to be dealing with road blockades, where elders are getting arrested in front of television news crews? Likely not. So even if the government isn’t worried about the salmon in the headwaters of the Skeena, Nass and Stikine Rivers, it is concerned about its environmental image – and that means it will have to extend the moratorium. And an extension makes sense because with gas prices soft, Shell really doesn’t need to be active in the Sacred Headwaters immediately anyway, so industry is unlikely to complain. Shell might even endorse the move, meaning a delay in drilling activity for a year or two could placate both sides, and allow the government to position itself as being cautiously in favour of development. 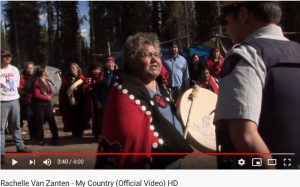 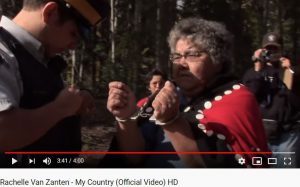 An extension on the moratorium would also deflect attention away from the northeast gas fields, where first nations are clamouring for restrictions on water licences. But an extension, rather than an outright ban on fracking in the Sacred Headwaters, is only a temporary political solution. The problem is still going to be there the next time the deadline comes around, because fracking next to salmon rivers is never going to be acceptable to first nations.

[Refer also to:  Rachelle Van Zanten – My Country Uploaded by bootshank, May 6, 2011
Inspired by images of Tahltan women blockading coalbed methane mining by Shell and Fortune Minerals in defense of the Sacred Headwaters in northern British Columbia, Rachelle wrote ‘My Country’. She was invited to perform it for the Tahltan people at the Iskut Music Festival a year later, where we filmed this video. 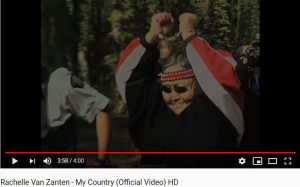