Huge Earth Day gathering sends strong message by Monique Beaudin, with contribution by Kevin Dougherty, April 18, 2013, originally in The Montreal Gazette April 24, 2012
The largest environmental protest in Canadian history was born last December when Prime Minister Stephen Harper’s government decided to pull out of the Kyoto Protocol. The international agreement, which Canada ratified in 1998, obliged countries to reduce their greenhouse-gas emissions to below 1990 levels and provided financial aid to help them achieve that goal. Dominic Champagne, a playwright and producer active in Quebec’s anti-shale gas movement, said he felt he had to do something because there was so little public reaction to the Kyoto withdrawal. “There was a sense of eco fatigue, a kind of resignation in the face of these important issues,” he said Monday. 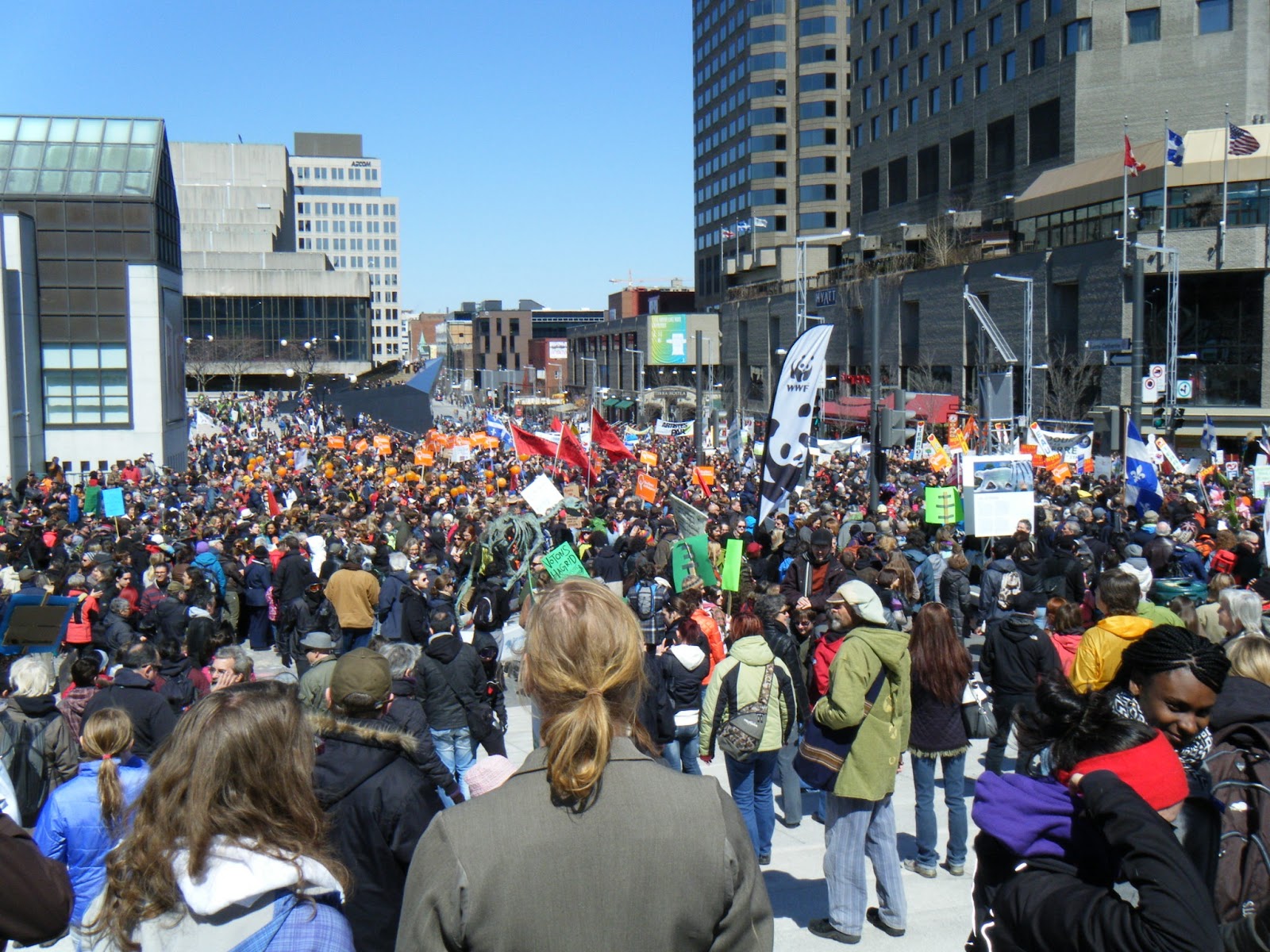 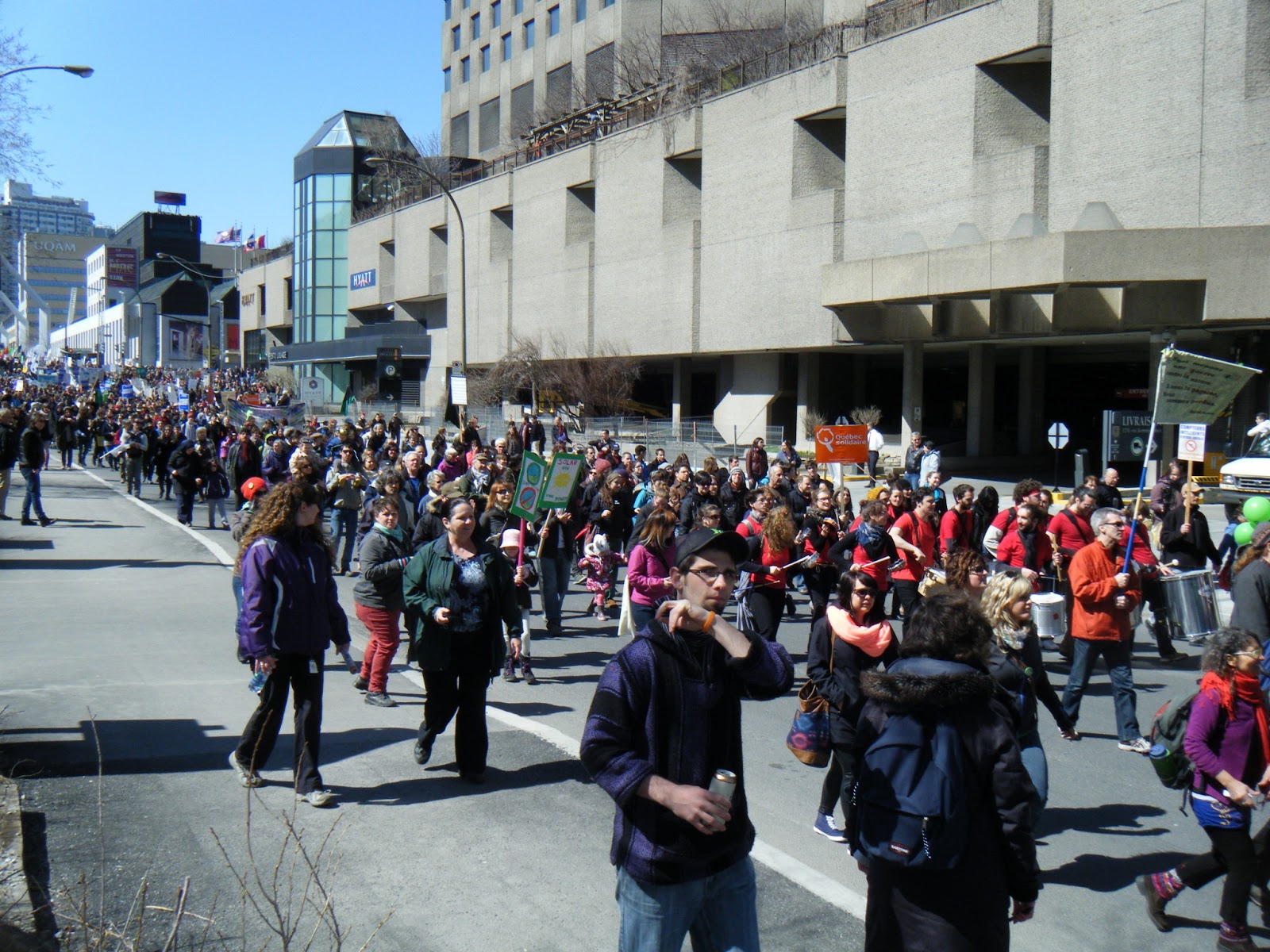 Back in January, Champagne persuaded a group of artists and environmentalists to begin working on creating a special Earth Day rally in the streets of Montreal. They recruited artists, such as actors Roy Dupuis and Marina Orsini, to help spread the word. There was an effective social media campaign, videos featuring prominent Quebecers inviting people to join the march, and Champagne went on the popular television talk show Tout le monde en parle in March to talk up the rally. … No one is sure exactly how many people took part in Sunday’s rally – organizers say it was as many as 300,000, but police sources say it was probably around 150,000 to 200,000.

They weren’t all environmentalists. While there were many with green face paint, holding placards denouncing Quebec’s Plan Nord and shale-gas development, others opposed tuition hikes and corruption. While they may have been there for different reasons, environmental organizations said Monday the demonstrators had a common goal: change. “Beyond the different reasons that may have drawn people was a shared concern for the future and what we’re going to leave for our children and grandchildren,” said Steven Guilbeault of Équiterre. “It was a clear, strong message.” There were Earth Day rallies in 50 other communities across the province, Champagne said. More than 50,000 people signed a Quebec Earth Day declaration calling for Canada to reverse its decision to withdraw from the Kyoto Protocol, and for Quebec to change its plans for northern development to make them more sustainable. [Emphasis added]