Return to Alberta March 12, reunited with Magic at midnight We’ve had an amazing response to our planned talk with Jessica Ernst on Monday night. We had booked a space with room for 70, but by Wednesday all 70 tickets had been reserved and our waiting list was already filling up! So we’ve booked an even bigger space in The Smock Alley to hold More people! Book now to secure your place for Monday’s 6.30pm talk. The reports from around the country, where Jessica has been speaking, are of a very powerful presentation on the impact of fracking in Canada. …

The campaign against Fracking in Ireland scored a notable victory yesterday. Minister Fergus O’Dowd announced that two companies have applied for exploration licences to frack but that no decision will be made on their applications until the EPA research on Fracking is published, and considered by Government.

With the EPA research not expected until early 2015 this amounts to an effective 2-year moratorium on fracking. This afternoon, after giving her powerful “Fracking Community” presentation on International Womens’ Day in Balcombe last night, Jessica walked on Ashdown Forest, the land of Winnie the Pooh…. This evening she is already back on the Emerald Isle…. Photo by BIFF! (Britain and Ireland Frack Free) 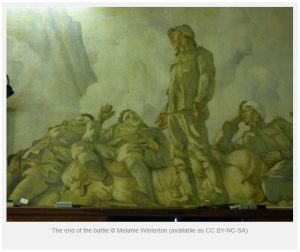 The End of the Battle, one of the Frescos on the walls of Balcombe Victory Hall

Source: The Art of Remembering: the Neville Lytton First World War Frescos and the Balcombe Victory Hall
[The venue needed to be changed to the Victory Hall because of a norovirus outbreak at the Balcombe School Hall] Tina Louise and Jessica Ernst during Q and A, St Annes, Lancashire UK Jessica Ernst in Dublin March 5, 2013, after presenting at Oireachtas Éireann, signing Application for a Licence Not to Frack Ireland 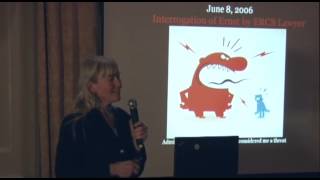 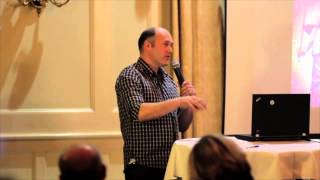 This entry was posted in Speaking Events. Bookmark the permalink.