Plains Midstream pleads guilty, fined $1.3 million for two Alberta pipeline spills by Edmonton Journal, June 3, 2014
Plains Midstream Canada pleaded guilty Tuesday in a Red Deer court to charges related to two pipeline spills in Alberta and was fined $1.3 million. The U. S. based company was charged on Friday for a leak from its Rangeland Pipeline on June 7, 2012, that resulted in 2,900 barrels of oil finding its way into the Red Deer River. Plains Midstream had also had a pipeline leak in 2011 of more than 28,000 barrels of oil near Peace River in northern Alberta. Three charges were laid in April of last year in connection with that incident.

In March, the Alberta Energy Regulator issued a report that concluded Plains Midstream didn’t inspect the Rangeland pipeline often enough, didn’t pay enough attention to government warnings, failed to enact adequate mitigation measures once the leak occurred and communicated poorly with hundreds of people affected by the spill in June 2012. “Plains failed to apply appropriate mitigation measures according to its own hazard assessment,” it said.

The 2012 spill, which led then-premier Alison Redford to call for a review of pipeline integrity in the province, was discovered when landowners just north of Sundre began phoning in reports of smelling rotten eggs, the telltale odour of sour gas or sour oil. The spill was soon tracked to Jackson Creek, which flows into the Red Deer River.

In court, Plains Midstream said it takes “full responsibility” and “apologizes” for both Red Deer River spill and huge spill near Peace River. [Is the company going to bring me safe drinking water?  My replacement drinking water comes from the Red Deer River, contaminated with BTEX. Emphasis added] 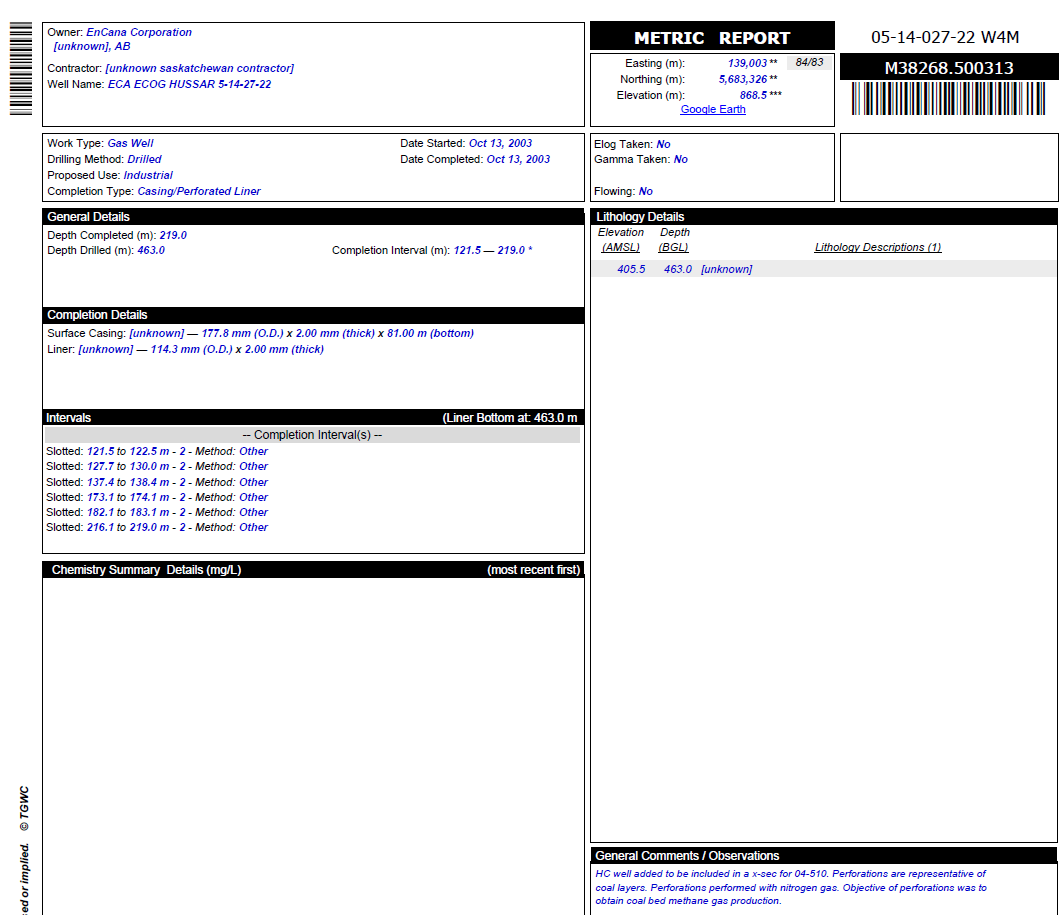 Encana’s hydrocarbon well data on file with Alberta’s public water well data base – “Gas Present No” at the time of drilling the gas well, before Encana frac’d the Rosebud aquifers. 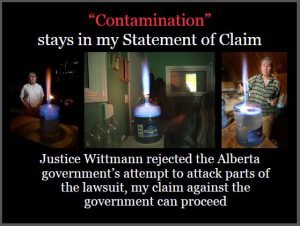 September 19, 2013: Justice Niel Wittmann’s Judgement, photos of the Ernst well water by Colin Smith in 2006 (left and centre) and Will Andruschak in 2008 (right) October 2013, Ernst at Rosedale (east of Drumheller, about a 45 minute drive, one way), still hauling alternate water. The Ernst water is too dangerous to even use to flush toilets.