Unbelievable! A Canadian judge with courage & integrity! Justice Nicole Tremblay ruled a municipality has right to protect its territory based on precautionary principle, but orders only half of tiny Quebec village’s legal fees reimbursed. Is that justice? After 4.5 years of legal stresses & waiting, Ristigouche Sud-Est wins! Gastem sued the community $1.5 Million for trying to protect drinking water

Note that the Quebec court heard the trial over 9 days in September 2017 and ruled in only 5 months, on a much more complicated matter than the Ernst vs AER preliminary motion (not a trial) that the Supreme Court of Canada heard over 2 hours yet took over a year to rule (both time frames include Christmas holidays).

The Couillard Liberal government of Quebec chose silence and gave zero support to Ristigouche trying to protect its drinking water, same as the Notley NDP government of Alberta did in Ernst vs AER at the Supreme Court of Canada trying to hold the AER accountable for violating her Charter rights instead of regulating Encana after the company broke the law, frac’d and contaminated Rosebud’s (also a tiny community) drinking water.

Comments to the article below:

Laurie Clark
How about ALL of its legal fees to be covered!? Canada needs to make sure that SLAP lawsuits are illegal here!

Dan Croteau
I hope this little victory can become jurisprudence for other bigger cases.

Geoffrey May
No company has ever made a profit from production and sale of shale gas or oil . shale isn’t an energy source, its an investment banking scam

Edward (E) Merij
Good for them! David and Goliath, and David won. Gastem’s owners need to ask themselves: would THEY drink contaminated water?

Now the emphasis has to be on changing provincial rules.

Quebec’s emphasis is on clean and renewable energy.

There is no haste needed to discover oil or gas today. If really needed it will still be there in 10, 50, 100 years …

Ben Nind
This is a good news story that all municipalities in Canada should be aware of.

John Rankine
… A blatant example of their lack of respect for the people., it’s all about the money. …

So, once again we see a greedy corporation willing to risk the lives of Canadians in it unending quest for more and more profits, and even willing to sue those Canadians who have the audacity to stand up to it and the risk it creates. 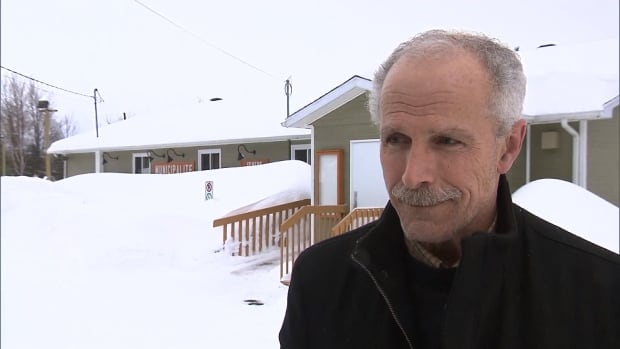 The mayor of Ristigouche-Sud-Est, François Boulay, says the past four years have weighed on the town of 157 people, facing a $1-million lawsuit. (Radio-Canada)

A small Quebec town that was facing a $1-million lawsuit from an oil-and-gas exploration company for trying to protect its own water has won its court battle and could see half of its legal fees reimbursed by the Montreal-based company.

Mayor François Boulay said citizens have been worried and anxious for the past four years. He was relieved to see the judge ruled in their favour.

“I can’t hide this is a sweet moment,” he said Wednesday after the ruling came down.

Gastem obtained a drilling permit from the province in 2011 to search for oil and gas on Quebec’s Baie-des-Chaleurs, where Ristigouche-Sud-Est is located.

After residents started voicing their concerns about the impact the drilling could have on the municipality’s drinking water, the town passed a bylaw in February 2013, setting clear rules.

A two-kilometre distance had to be respected between drill sites and residents’ wells. The bylaw also banned the introduction of any chemical substances into the soil.

After sending a formal notice, Gastem sued the municipality in August 2013, claiming $1.5 million dollars in damages, which was later lowered to $984,000.

It argued the town adopted its bylaw hastily, illegally targeting the company and making it impossible for Gastem to pursue activities on the site, for which it had a valid permit.

Superior Court Justice Nicole Tremblay ruled the company should have tried to have the bylaw annulled before seeking any compensation.

In her 16-page ruling, Tremblay said contrary to what Gastem argued in court, the town council was not pressured into passing this bylaw by environmentalists or forceful residents.

“The town councillors did not act on a whim,” she wrote.

Tremblay said a municipality has the right to protect its territory based on the precautionary principle.

Since there was no provincial law in place at the time defining the rules around water protection, Tremblay said the town was in its rights to apply its own bylaw.

The judge ordered Gastem to reimburse 50 per cent of the legal fees Ristigouche-Sud-Est incurred, and an additional $10,000 to cover the fees for the public relations company the town hired.

The lawyer representing the town said this punitive measure was a significant element of the ruling.

Jean-François Girard said it could make companies think twice before suing a municipality that stands in their way.

“I think it sends a very important message,” he said.

Gastem has 30 days to reimburse the $164,000 sum, or to appeal the verdict. [How many bets it will appeal with politicians and industry sending in their big guns to compel the Court of Appeal to behave and over turn the ruling?]

Gastem’s Chairman and CEO Raymond Savoie said the company will take the time to review the ruling before commenting.

Crowdfunding campaign to help other towns

The balance of what will remain, if Gastem reimburses its share, will be covered by the crowdfunding campaign launched to support the town, which so far has raised almost $330,000.

“We raise our glass of water to all those who supported us,” Boulay said.

Then the leftover money will be donated to other similar causes, said Boulay.

Despite his relief to see this chapter come to an end, he said the issue of water protection is far from settled in Quebec.

“The risk is still there. The claims on our territory are still there,” he said.

Still a long battle ahead

Boulay said the province did little to nothing to support the town during the whole process.

“I’m not even sure they were watching from the bleachers,” he said.

Gastem sold its permits to Petrolia in July 2013, before the lawsuit was even filed.

Boulay said if the company showed up at its doorstep tomorrow, the new provincial law that came into effect in 2014 would have precedence over its municipal bylaw. [Just one example of why it is such a terrible betrayal to communities, families and our drinking water across Canada, that environmental groups including Council of Canadians, Centre for Policy Alternatives, and others are asking for frac “regulations.”]

Under Quebec’s regulations, an oil exploration site must be at least 500 metres from a water source. 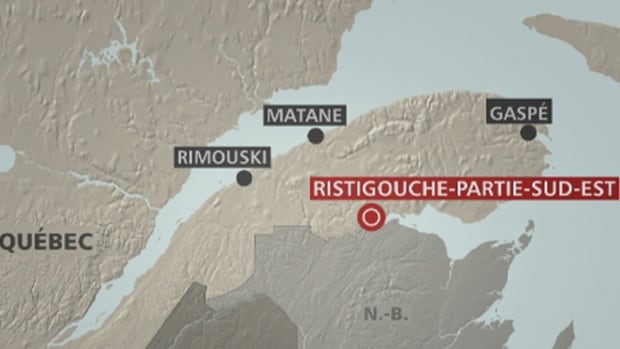 Ristigouche-Sud-Est is on the south side of the Gaspé peninsula. (Radio-Canada)

Boulay said this means Petrolia could very well decide to drill 510 metres from a well.

That’s why he joined a consortium of 364 municipalities that’s demanding the province establish a two-kilometre residential buffer zone to protect homeowners from drilling.

Boulay said the province has yet to answer the consortium’s repeated requests, and said the mayors will be meeting in Drummondville on March 24 to establish a course of action.

“We find it astounding that a minister can’t give a clear answer to 364 municipalities.” [They did answer!  By passing hideous Bill 106 December 2016! Emphasis added] Google Translate: Court ruled in favor of Restigouche Sud-Est which was pursued by Gastem, Justice Nicole Tremblay considers that Gastem’s lawsuit was “difficult to describe and understand” and, above all, that it “proves to be exaggerated” by Pierre Saint-Arnaud Canadian Press, February 28, 2018, Huffington Post

In her decision rendered Wednesday, Justice Nicole Tremblay considers that Gastem’s lawsuit was “difficult to describe and understand” and, above all, that it “proves to be exaggerated”.

At the same time, the magistrate states that “the municipalities are recognized as a level of government and must assume their responsibilities in the protection of the environment on their territory”.

It adds that a municipality “has the duty to enforce the principle of precaution on its territory” and that “the public interest was in favor of the adoption of the regulation”.

The mayor of Ristigouche Sud-Est, François Boulay, welcomed “with relief and satisfaction” the decision, which also condemns Gastem to pay more than $ 164,000 to the small municipality of 160 inhabitants within 30 days.

In a conference call, Mr. Boulay said he saw in this decision an important message for the municipal world.

Municipal precedence over the provincial?

The mayor acknowledged, however, that the judgment does not make it possible to determine whether the by-law takes precedence over the Quebec Government’s Water Levy and Protection Regulations (PBR), which is much less restrictive than that of Restigouche Sud-Est.

Justice Tremblay’s decision deals with the by-law, which was adopted before that of the Québec government.

Municipal regulations, adopted in 2013 and based on available scientific data, prohibited drilling less than two kilometers from a source of drinking water on the surface and, underground, less than three kilometers from the lower limit of water. ‘aquifer. The regulation also prohibited the introduction into the subsoil of any substance likely or likely to contaminate drinking water sources, a process required in fracking extraction as provided by Gastem.

The PEEP, adopted in 2014, imposes a surface limit of 500 meters and, underground, 400 meters below the lower limit of the water source, so that the by-law involves a derogation.

More than 330 municipalities have adopted regulations based on the Restigouche Sud-Est, but Quebec has so far refused to say whether or not to grant the PEPP exemption.

A committee of elected municipal officials is scheduled to meet on March 24 in Drummondville to decide on future steps with the Quebec government.

Quebec on the sidelines

Mayor Boulay also did not hide his bitterness at the Quebec government’s attitude on this issue, calling it “a little laughable”.

“There is nothing remarkable at all. They put themselves aside. They watched the game … not even sure they were in the stands, although I imagine they were listening, “he said when asked about it.

Restigouche Sud-Est launched a crowdfunding campaign to fight the oil company. More than $ 340,000 had been raised, but the costs to defend against Gastem’s lawsuit amounted to nearly $ 360,000. The deficit – which is about $ 16,000 according to Mayor Boulay – will be filled by the $ 164,000 that Gastem will pay to the city, the surplus to be spent on “another cause of drinking water protection in Canada. Quebec “remains to be identified, according to Mayor Boulay.

However, the municipality intends to put the money in reserve until Gastem’s 30-day appeal period has expired. [Smart village! Emphasis added]

Cover slide of Ernst’s presentation. Interesting, the videos of the conference presentations were promised to be put on youtube. Not one has been.

Is it because Ernst respectfully and diligently pointed out the protect-the-polluter lies by Dr. Bernard Mayer and BC OGC representative?

2016 09 18: Did Petrolia intend to frac all along? After publicly promising for years it would not, Petrolia now says it’s planning to “artificially stimulate” Haldimand oil wells in Gaspé. “Town council cannot accept fracking near homes, near water wells,” Mayor Daniel Côté said

2015 06 04: The Most Over-the-Top-Biased Frac Panel Yet? QUÉBEC Ministry of Energy and Natural Resources sold itself to the Devil. Check out this list! Check it twice!

2014 12 14: Quebec’s Premier Declares Province-wide Shale Gas Ban after Environmental Review Board (BAPE) says Fracking Not Worth The Risk, “Too many negative consequences to the environment and society…risks to air and water quality…noise and light pollution”

2014 03 04: Government finds methane in drinking water wells in Gaspé, water wells are within 2 km of Pétrolia’s oil wells, one of them reported in 2012 to be leaking methane

2013 05 13: Protection of water and drilling: the regulation would not apply for Gaspé