Report says access to justice in Canada ‘abysmal,’ Hardest on poor, those who make just enough money not to qualify for legal aid by Jennifer Graham, August 18, 2013, Calgary Herald
Access to justice in Canada is being described as “abysmal” in a new report from the Canadian Bar Association, which also calls for much more than “quick fix” solutions. The summary report, released Sunday at the association’s conference in Saskatoon, says there is profoundly unequal access to justice in Canada. “Inaccessible justice costs us all, but visits its harshest consequences on the poorest people in our communities,” says the report. Report author Melina Buckley says one of the biggest concerns is the growing number of people who represent themselves in civil cases.

Buckley says many people earn just enough money so they don’t qualify for legal aid, but they also don’t make enough to pay for a lawyer. Those people often find themselves on their own in court, she says. … [Article continued below comment]

[Speaking out has cost me my career and business. I have no work income anymore yet work harder for no pay, warning others about the significant harmful effects of hydraulic fracturing and the oil and gas industry’s captured regulators and politicians. I expect legal aid would never touch a lawsuit against Encana and the Alberta government and Energy Regulator (AER) for enabling toxic and explosive groundwater contamination, no matter who qualified.

On February 8, 2013, the Harper government removed Judge Veldhuis from my lawsuit before she was to rule on the most important matter in the case:  can Albertans sue the energy regulator for Charter Rights violations, omissions and failing to protect our groundwater. The judge who heard the arguments in the packed courtroom on January 18, 2013 will not rule on them, “not an option” Judge Veldhuis advised my lawyers. Chief Justice Wittmann will rule on arguments he did not hear.

Last slide of the Ernst presentations on the Ireland/UK speaking tour in March 2013. 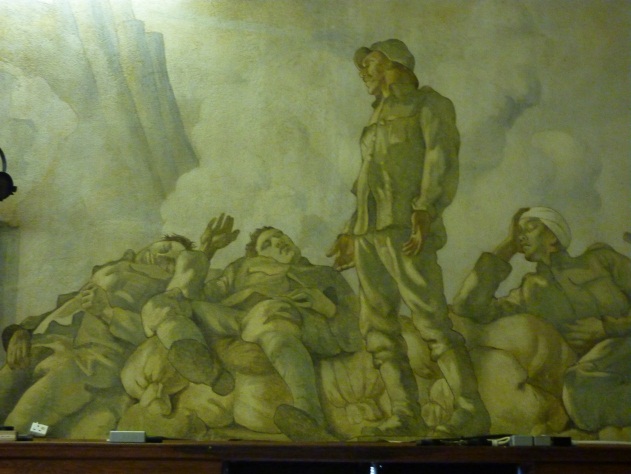 There are also more pressures on court staff who must walk a fine line between helping people with something like forms and legal advice that they can’t provide. “They have to say ‘Look, I’m sorry, that’s legal advice. I can’t do that.’ And of course the person who has that need doesn’t care, they need the answer. And if you can’t point them to where they can (get it), it’s obviously very frustrating, very high stress for people working within the courts,” said Buckley.

Supreme Court of Canada Chief Justice Beverley McLachlin said access to justice is a growing problem for many Canadians. Peoples’ lives can be ruined if they can’t get access to justice, McLachlin said Saturday at the conference. “We know that there are a lot of needs. People just swallow their pain and their loss and live with it, I guess, in some unsatisfactory way feeling they can’t get justice,” said McLachlin.

The full report will be released in the fall, but the 59-page summary released Sunday makes several recommendations. Among other things, the report calls for more federal funding for civil legal aid. Buckley says the federal government can’t say how much it contributes to civil legal aid because the amount is included in overall funding to provinces and the decisions on how to spend the money is made at the provincial level. The report says by 2020, all Canadians living at and below the poverty line should be eligible for full coverage of essential public legal services. Another goal is to have all law schools in Canada have a student legal clinic to help low-income people by 2020.
…
“We think very serious and radical reforms need to be made to the justice system. We think they’re all doable. We call it an ambitious, but possible vision, and we think 17 years is about the right amount of time,” said Buckley. Change doesn’t fall solely on governments or the bar association. The report also says law schools and other stakeholders must be involved. Buckley says the creation of an access to justice commissioner could make sure everyone works together.

The report says tinkering with the system won’t be enough. “The civil justice system is too badly broken for a quick fix. People fall between the cracks at an unacceptable cost. Injustice is too deeply woven into the system’s very structure for piecemeal reforms to make much of a dent,” it says. [Emphasis added]