“Still at the bottom of the learning curve” while some truth starts squeaking out: Horizontal drilling, fracking begin in shallow oil and gas fields

Horizontal drilling, fracking begin in shallow oil and gas fields by Anya Litvak, Pittsburgh Post-Gazette, September 28, 2013, Buffalo News
If we could take a tiny glass elevator down the trajectory of a Marcellus Shale well, we would see slabs of coal, sandstone, shale and siltstone alternating and colliding with one another for thousands of feet until we finally reach the target rock. Today, half a dozen local oil and gas companies are forgoing the full ride. They’re getting off the elevator halfway down, before the Elk Sandstone formation that separates the conventional oil and gas reservoirs from the deeper, unconventional plays across the old oil and gas fields of Pennsylvania.
…
As Bill Zagorski, vice president of geology with Range Resources, which pioneered development of the Marcellus region, recently told a group of mostly small companies at an industry conference, “We’re able to look at these old plays with horizontal eyes, with Marcellus eyes.” That means drilling horizontal wells as shallow as 2,000 feet underground and fracturing, or fracking, them to force more fuel to the surface.
…
Thompson has been drilling shallow, vertical oil and gas wells into the Upper Devonian sandstones with his Indiana, Pa.-based company Mid-East Oil for 35 years. The newer business, Horizontal Exploration, was designed to profit from technology and services that followed Marcellus operators into Pennsylvania in recent years. Horizontal Exploration has drilled three horizontal, or lateral, wells so far and has permits for another eight in Pennsylvania. It fracked the first well this month and is awaiting results. The wells are about 2,000 feet deep and extend between 3,300 feet and 5,300 feet horizontally. “We think you should be able to do these for $800,000 to $900,000 (per well),” Thompson said. But at the moment, the company is spending about $1.3 million a pop. It’s still toward the bottom of the learning curve, he explained. A Marcellus well, by contrast, can run anywhere from $4 million to $10 million. It needs, on average, 5 million gallons of water for fracking. Horizontal Exploration is using only about 120,000 gallons of fluid to frack its shallow wells.
…
The Upper Devonian sandstones are thinner than the Marcellus. Some are only 20 feet thick compared with the Marcellus’ average thickness of 70 feet or more, said Dan Billman, president of Mars-based Billman Geologic Consultants, which helps companies identify suitable spots to sink both conventional and unconventional wells. … One of the earliest horizontal shallow wells in Pennsylvania, with advice from Billman, was drilled by Freeport-based Phoenix Energy Productions in 2010. Since then, the company has drilled two more horizontal wells in Washington County and hasn’t fracked any of them. Penneco Oil Co., on the other hand, has been fracking horizontal shallow wells for several years now. It perforates the casing at more than a dozen stages and pumps “off-the-shelf” frack fluid additives into oil and gas formations about 3,200 feet under Greene, Westmoreland and Allegheny counties with great success, according to Penneco’s COO Ben Wallace. “We hear this from a lot of drillers – they get called because oil and gas companies look up our completion reports,” Wallace said. Penneco’s sandstone wells cost “several million” dollars to complete, Wallace said, and the company plans to drill about 10 horizontals a year.

While the wells are closer to the surface and to water aquifers, companies and the Department of Environmental Protection say there’s no reason to think fluids or fuel will reach the water. “We certainly have less history on these wells, but so far no problems,” said Alan Eichler, DEP’s Southwest regional oil and gas program manager. Shallower wells don’t need the same force to be fracked as deep wells, he said, and coal-bed methane wells, which are also shallow, “have been fracked for years without any problems to freshwater aquifers.” But Eichler noted that coal-bed methane, which crumbles a lot easier than sandstone, likely needs even less pressure during a frack than wells like Penneco’s. More will be known in the near future, as this type of drilling picks up steam. Several other companies, such as Warren County-based Pennsylvania General Energy and South Side-based Catalyst Energy have secured permits from the Department of Environmental Protection to drill horizontally in shallow reservoirs. Shallow, or conventional, drillers report their production annually, not every six months as Marcellus operators must, so the results of these efforts won’t be available until next year. [Emphasis added] 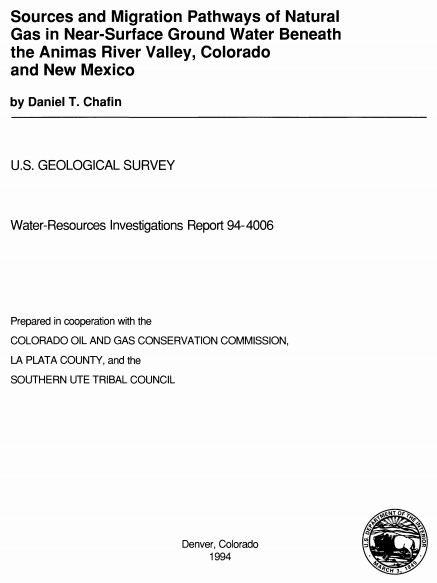 The promise of “we are a good neighbor”, while coming in and abusing communities, dividing and conquering, promising a little bit of money, embarrassingly tiny little bribes in Alberta. In America at least the people expect and get millions! In Alberta, the people sell themselves out and and their children and their community for a few hundred thousands dollars. It’s incredible to me.

And then using that little bit of money to feed into the dark side of human nature, which I’ve really found fascinating to observe, and then using that to prevent communities from staying cohesive. Communities used to take care of their own. Now, with this new unconventional oil and gas, what I’m finding, the companies have learned: no healthy community will allow hydraulic fracturing, so they have to make the communities sick. And they do so by feeding the dark side of human nature, which is greed, sloth, selfishness; they feed the ego, they promise a little bit and then whammo! The community is divided. The people with concerns are then abused by the people who want more money. And Encana doesn’t even have to do the dirty work. A lot of the other companies, the people in the communities, do the dirty work for them. It’s an incredibly brilliant technique. It works very well. Everywhere they’re fracking, this is happening…

And my conclusion as a scientist and as an environmental biologist or environmental specialist that has worked in this industry, my conclusion is that: no healthy community on this planet would allow hydraulic fracturing because it is not safe, it is impossible to do even with the best rules and regulations.

Industry said last night here in Michigan that the rules here would prevent what happened to us in Rosebud Alberta because there are no coal formations here. That is ridiculous! Because nobody knows what they are going to end up doing deep or shallow in Michigan, and regardless of what formations there are or what type of shales, industry always uses the excuse: “Oh, no no no, but what happened in that terrible instance over there, that horrible pollution that happened there, that will never will happen here.” but it always seems to. And the impacts are the same. And industry knowing that the impacts are there.

? Can you site examples of what you just said?

Oh yes, in Alberta, in America, in the early nineties, they began doing experimental fracking for coalbed methane. And it was deeper, and the companies there created terrible pollution and lots of aquifers where compromised. Many water wells and there was a massive class action lawsuit in the early nineties, and the USGS did a multi-year study by Chafin; he concluded that nature was not the culprit for gas migration and that man-made fractures and activities caused most of the near surface gas in the area.

The class action lawsuit settled out of court, unfortunately, and sounds like from what the lawyers have stated, with confidentiality agreements.

So when this process began in Alberta, while Encana was already experimenting in my community in secret while lying, our politicians and industry where having these big circus show meetings promising: “Oh what happened in America will never happen in Alberta. Oh no, we’re going to be far deeper, we’re only going to be far below where the drinking water is. We have the best in the world regulations. No. What happened in America will never happen here in Alberta. We have world class regulators. We won’t allow the noise. We won’t allow the dust, and the road degradation, and the destruction of communities. We will not let companies break the law.” But they did!

So now here’s a Canadian coming to Michigan and I find this fascinating! So we have in the nineties, Americans devastated by coalbed methane development. They start this development with hydraulic fracturing in Alberta. They promise us it will never happen to us, what happened in America. I’m coming to Michigan, I’ve been invited to come here to warn people in Michigan. And industry says “No no no, what happened to you will never happen here.” But it already has! Just in a different state.” Red lines showing what Alberta’s 2013 frac directive allows on image from ERCB’s (now AER) September 7, 2011 propaganda brochure Alberta’s Unconventional Oil & Natural Gas, Answering Your Questions About Our Energy Resources recently Removed from the ERCB website, likely because of problematic promises put in writing, such as this one:

The ERCB requires that any hydraulic fracture fluids used above the base of groundwater protection…be nontoxic and that the operator reveal the contents of the fluids to the ERCB upon request. The ERCB also requires that the type and volume of all additives used in fracture fluids be recorded in the daily record of drilling operations for any well. This information must be submitted to the ERCB. [Emphasis added]