U.S. Rep. Tim Ryan, who represents the region, said he was “furious” about the development.

Youngstown residents react to fracking wastewater by Rachel Morgan, February 6, 2013, Timesonline
Youngstown-area residents are not just angry over the dumping of an estimated 20,000 gallons of suspected fracking wastewater into a storm sewer that empties into the Mahoning River. They’re furious that it took five days for anyone to find out. “I’m outraged,” said Liberty Township Trustees Chairman Jodi Stoyak. “(But) I’m more upset that this occurred last week, and the ordinary public is just hearing about it today.” … Other elected officials echoed Stoyak’s sentiments. State Rep. Bob Hagan of Youngstown, D-60th, said not being notified was one of his biggest issues with the incident. “I’m an elected official here,” he said. “I think I should have been at least notified as soon as possible. We had a serious, dangerous situation where someone purposely dumped contaminated drilling refuse, and in (that refuse) are toxic chemicals.”

According to an Ohio Environmental Protection Agency notice of violation, the oil and gas wastewater — including brine, brine residue and mud — was intentionally discharged into a storm sewer Jan. 31 by a Hardrock Excavating employee, at the direction of D&L Energy Chief Executive Ben Lupo. D&L Energy owns Hardrock. The Ohio EPA initial pollution incident report says the Ohio Department of Natural Resources received an anonymous tip that D&L Energy was dumping the wastewater into the storm sewer. ODNR responded to the scene and witnessed the dumping.
…
If the name D&L Energy sounds familiar, it’s because the company owned and operated the Class II injection well also in Youngstown that was linked to a 4.0-magnitude earthquake in 2011. And that’s not the company’s only slip-up. D&L Energy has had at least 120 violations relating to its 32 natural gas extraction and injection well sites in Ohio and Pennsylvania, according to the Youngstown Vindicator. Many worry that drilling regulations simply aren’t keeping up with the activity.

“The technology to drill is there,” said Youngstown resident Susie Beiersdorfer, also a member of Frackfree Mahoning Valley. “But the technology to keep it safe is not.”

Both the Ohio EPA and the Ohio Department of Natural Resources are conducting a criminal investigation of the Youngstown incident. The Ohio EPA told The Times on Wednesday that they had been working since Friday to clean up what they called a “spill.” They also said they took samples of the wastewater to determine what else it contained. While it was widely reported that about 20,000 gallons of drilling wastewater was dumped, Hagan said it could be much more. “When I visited the site, they (told) me it could be up to 40,000 gallons,” he said. “My first concern is those workers that are trying to do the cleanup, the second is everything was contained, the third was finding out what kind of chemicals (the water) actually (contained.)” Hagan, who visited the spill site Tuesday, said the workers did not know what chemicals were in the dumped wastewater. “I asked the question and did not get an answer,” he said. “They had no idea what kind of chemicals were being dumped into the river.” But according the Hagan, the crews did say they were testing and monitoring for radioactivity. Stoyak views the incident as representative of a larger problem when it comes to the disposal of fracking wastewater. Because Pennsylvania’s geography is not ideal for injection wells used to dispose of fracking wastewater, it’s often hauled to Ohio, which has nearly 200 injection wells. “We’ve opened up our arms to Pennsylvania’s dirty, tainted water,” Stoyak said. “Hopefully, this spill will send up an alarm.” [Emphasis added]

“Well, I am pissed. I am very upset about this because it’s a flagrant violation.  It’s thumbing your nose at the environment and the people is this area.” 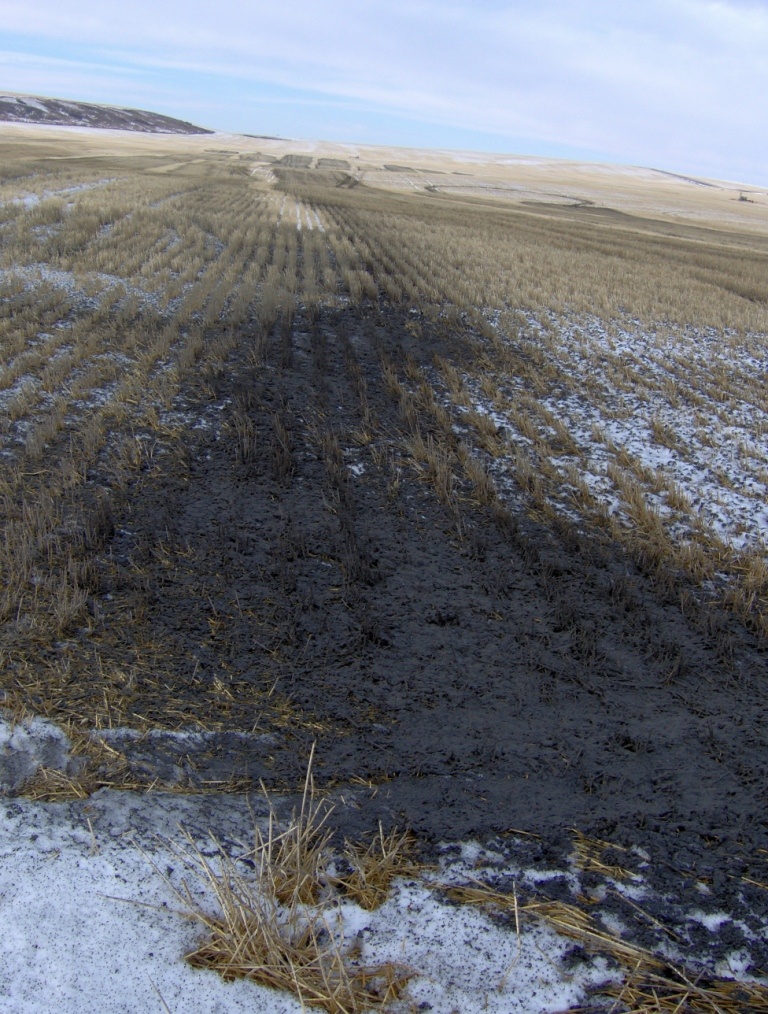